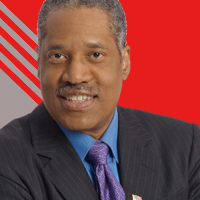 A "firebrand libertarian" according to "Daily Variety," best-selling author and radio talk-show host Larry Elder has a take-no-prisoners style, using such old-fashioned things as evidence and logic. Larry shines the bright light of reasoned analysis on many of the myths and hypocrisies apparent in our system of government, our society, and the media itself. He slays dragons and topples sacred cows using facts, common sense and a ready wit.