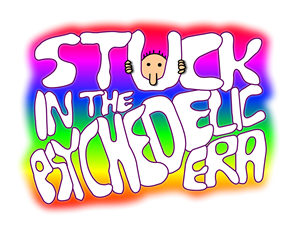 Record Stuck in the Psychedelic Era

Stuck in the Psychedelic Era is a weekly two hour radio show featuring music from roughly the years 1964-69. The show is literally a throwback to the days of "underground" radio. There are no pre-recorded jingles or promotional spots; just two hours of music, punctuated by occasional commentary by the Hermit, whose own radio career began on a small closed-circuit station in the early 70s.